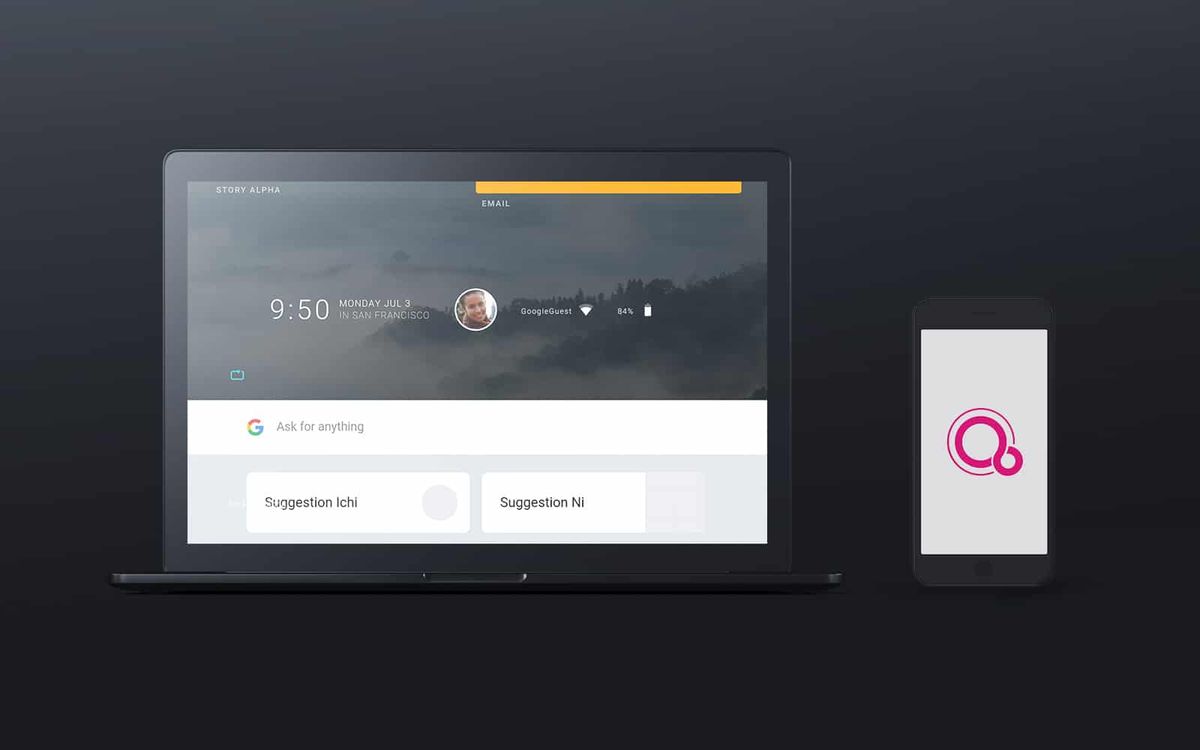 One OS to rule them all – this seems to be the premise behind Google Fuchsia. The new operating system is still in an early stage of development, but it’s already worth taking a look at. After all, its debut can change the industry forever.

It’s hard to imagine that any operating system could’ve overtaken Android. With over 2 billion active users, the Green Robot has a bigger market share than Windows. iOS is left far behind, and after failures of Windows Mobile, Firefox OS, BlackBerry OS and a few other soon-to-be-forgotten platforms, no one is left standing to pick up the gauntlet. Quite well for something that started out as a system dedicated to digital cameras.

However, in a fast-developing tech environment, changes are needed often, even for monopolists. That’s why Google itself is ready to step up and take matters into its own hands. Its new weapon is called Google Fuchsia, and while it can indeed replace Android, it will be a very different beast.

In a nutshell: Fuchsia is a brand new operating system capable of powering multiple devices – from ARM-based smartphones to PCs with x86 processors. We don’t know when it will be released or what is the actual purpose of it. That’s why many people talk about it in a secretive manner. A mysterious project developed behind closed doors in Mountain View – a thing you can’t yet touch or even see it in action. But in fact, the Fuchsia code is waiting for you on GitHub, and with a little effort, you can already try it out. Based on this, we can deduce and speculate.

Why Do We Need Fuchsia?

The first Android smartphone launched in 2008 and a lot of things have changed since then. A decade ago, there were no Kindles, no 2-in-1s, no convertible laptops, and only 15% of Americans used their smartphones to access the internet. No one could’ve predicted how the mobile market will evolve – even people from Google wouldn’t believe you if you told them how successful Android would become.

HTC Dream – the first smartphone with Android on board. A lot has changed since 2008!

No wonder that at its core, Android is still a product designed at different times, for different purposes. There are a few things it just can’t do, and it’s now impossible to fix its drawbacks via a simple software update. Developers, manufacturers and users learned to live with Android’s downsides, but it wouldn’t be wise to develop a flawed product forever. Fuchsia may be a chance to hit the reset button and start over from scratch. A chance to make a perfect crossover OS, which will be home for the Google ecosystem on smartphones, tablets and notebooks.

What Will Fuchsia Fix?

Fuchsia will cover all of these bases. It sure doesn’t look like it will be powering servers, or become a system of choice for developers, video editors or hardcore PC gamers – in other words, it won’t replace Windows. But for users who spend most of their time browsing the web, writing and consuming multimedia, it may be just perfect. Don’t you see the gap between the simplicity of Android and the capabilities of Windows? Google and Microsoft do, and they’ve already tried to fill it in. Unfortunately, Chrome OS and Windows 10S turned out to be too limited.

Fuchsia may unify Android and Chrome OS into one platform

And what about Fuchsia? Just imagine having one OS on a smartphone and a notebook. Or maybe even use a smartphone as a basis for your desktop setup. Think of how many problems it would solve. The Green Robot has grown to become the most popular mobile OS, but it’s not suitable for laptops or 2-in-1s. Even Google uses Chrome OS instead of Android in its larger hardware. Fuchsia may unify Android and Chrome OS into one platform.

Smartphones became extremely powerful, and manufacturers such as Samsung and Huawei already try to replace PCs with desktop modes included in their flagship devices. You can plug a keyboard, a mouse, and display into your Galaxy S9, and do some office work or consume media on the big screen. It works but would be far better on a system natively dedicated to such tasks. Plug your phone into a dock, and have one device instead of two – voila. That’s what Fuchsia may provide.

For Google, Fuchsia is a chance to build a better ecosystem than Apple

Fuchsia would also help people who don’t want to split up with their notebooks. As of now, many consider Apple’s ecosystem a holy grail. You can open a browser tab on your desktop, and go back to it on mobile. Your every note is accessible via all of your Apple devices without a need for bulky third-party solutions. You can answer a call or respond to a text on the MacBook. But much more can be achieved in this field. One consistent OS installed on your pocket and desktop devices would bring a new era for the pick up where you left off approach.

What’s In It For Google?

It all sounds very compelling to users. But let’s be honest – turning the mobile world upside down can’t be all about an excellent user experience. There has to be something in it for Google. And what exactly? Well, the keyword here is control. First of all, Fuchsia is supposed to fix a few internal Google problems. It ditches the Linux kernel for one created internally by Google. Without going into technical details – it will give Google more control over significant changes in the OS and the software updates. Besides, Fuchsia will be able to run Swift code, and it already uses Flutter, which can make this system way more developer-friendly and better optimized than Android is. Porting apps from Android to Fuchsia will be a fast and smooth process.

» Check out our article: Is Flutter The Best Way To Build Cross-Platform Mobile Apps?

And most importantly: the ecosystem. Right now, the success of many Google services is dependent on Windows. Would you want your success to be in the hands of your competitor? Not really. Microsoft is trying to push Office instead of Google Docs, Bing instead of Google Search, etc. Many casual users don’t even think about choosing something else over the default solutions – that’s why Google pays Apple billions of dollars a year just to be the default search engine on iPhones. With Fuchsia, the company could pluck up some of those casual users from Microsoft, and close them in its ecosystem on multiple devices.

Google All Over the Place

An early version of Fuchsia seems to be heavy on Google services indeed. User interface of the current version is called Armadillo, and the material design feeling sprouts all over it. The home screen looks a little like an extended version of Google Now – you get a vertical, scrollable list filled with cards you can swipe up and down. Multitasking lets you operate seamlessly on up to 4 windows, and the design is simple yet powerful in terms of capabilities. The exact same version of the system can be used on smartphones, tablets and notebooks. The platform and its universal apps will just adapt to different display sizes, which opens space for one device policy mentioned before.

We Still Have to Wait

That said, we have to remember that Google Fuchsia is still far from reaching the beta phase. First devices running on the OS are expected to launch no sooner than 2020. The arguments gathered in this article seem to confirm that Google may want Fuchsia to replace Android in the future. But who knows, maybe it will limit the system to its own devices? What do you think about the idea behind Fuchsia? Let us know in the comments section!

In 10Clouds, we develop extraordinary mobile apps. If you are interested in developing Android apps in Poland, check out what we did for our clients and contact us if you want to build your own product!

Design is Vital for Front-End Developers: How to Learn It?

The Digital Future Of Healthcare. How Startups Will Heal a Sick System