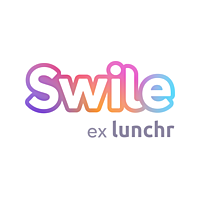 How to make your brand stand out with 3D design

Swile is a company providing workers with payment cards which can be used for lunch, birthday money pots and a whole range of other work-related activities which require payment.

Businesses can sign all of their employees up to Swile, meaning that they will receive a payment card for their meal vouchers. The employer tops up everyone’s card every month. Swile is on a mission to continue improving user experience. For instance, you can associate a debit card with your account so that your debit card is used if you pay for an expensive lunch above your daily limit.

Swile had recently been rebranded from Lunchr. The company aimed to expand its product offering beyond meal vouchers. It’s aim was to focus on everything that happens at work but isn’t technically work - including joint payments for colleagues’ birthday presents, paying back co-workers, creating team-building events and more.

Swile approached 10Clouds for support in creating 7 personas based on the different audience demographics. The graphics would be used extensively on its website and app.

How we made it happen

10Clouds used Swile’s research to create the 7 personas, with diverse ages, racial backgrounds and interests, which would also fit with Swile’s new brand. Our team consisted of an illustrator and two 3D modellers.

Research: In order to communicate its broader offering, Swile employed an agency to conduct thorough qualitative and quantitative research into its users. The idea was to find out what drives them, and to present this back to users through visual personas to which they could relate.

This research was then used as a basis from which to build a series of characters, all with very different attributes when it came to their backgrounds, motivations and behaviours. Swile approached 10Clouds for support in creating these eight characters, and bringing them to life. The graphics would be used extensively on its website and app.

Character design: The character design began with the creation of 2D sketches, all of which showcased the unique elements of each character. It was important to get everything looking as distinct as possible, from skin tone to outfits, body shape and facial expressions.

3D modelling: 3D modelling is important in bringing illustrations to life, and allows the user to see in more detail what the designer created. From flat, 2D images, characters suddenly gain shape and become instantly more fascinating and recognizable. To read more about how 3D design can enhance your product, read our blog post on the subject here.

UV mapping and texturing: To give the characters character and personality, we created our own textures. We also drew individual features such as tattoos, added different skin tones, and created original natural-looking hairstyles.

Rigging and animation: This final element enabled each character to be brought to life on the screen. We created bones for each of the characters, which allowed us to build magic-movement. We animated the eyes, created different emotions: laughter, surprise, seriousness and more.

We received highly positive feedback from Swile on our designs. The characters have now gone out into the world and can be viewed on Swile’s website. The company recently received a new round of funding to continue its work.

With its new brand identity fully in place, Swile is now on a mission to conquer new markets.

This new round of funding will allow us to ambitiously diversify our product offering and expand internationally after our success in France. Our market opportunity is global, resilient and growing rapidly.
Loïc Soubeyrand
CEO
Swile

The Forbes Dashboard
10Clouds created a design for the Forbes Dashboard - an intuitive web tool that gathers, displays, and exports multi-source analytic data for Forbes campaigns. The dashboard can be used by both Forbes’ staff and clients.
Emergent Tech
Emergent is a fintech company working on creating a gold-backed stable coin and a verified supply chain for trusted gold. 10Clouds helped Emergent with extending it’s blockchain and mobile teams and worked on core elements of it’s wallet application.
Wishu
Wishu is a social application for creative freelancers - it allows you to find and book cooperation with local micro-entrepreneurs. From photographers to make-up artists, the app brings together many talents and helps you book services in an easy way. Wishu approached us for support with UX, UI and the backend for the iOS app.