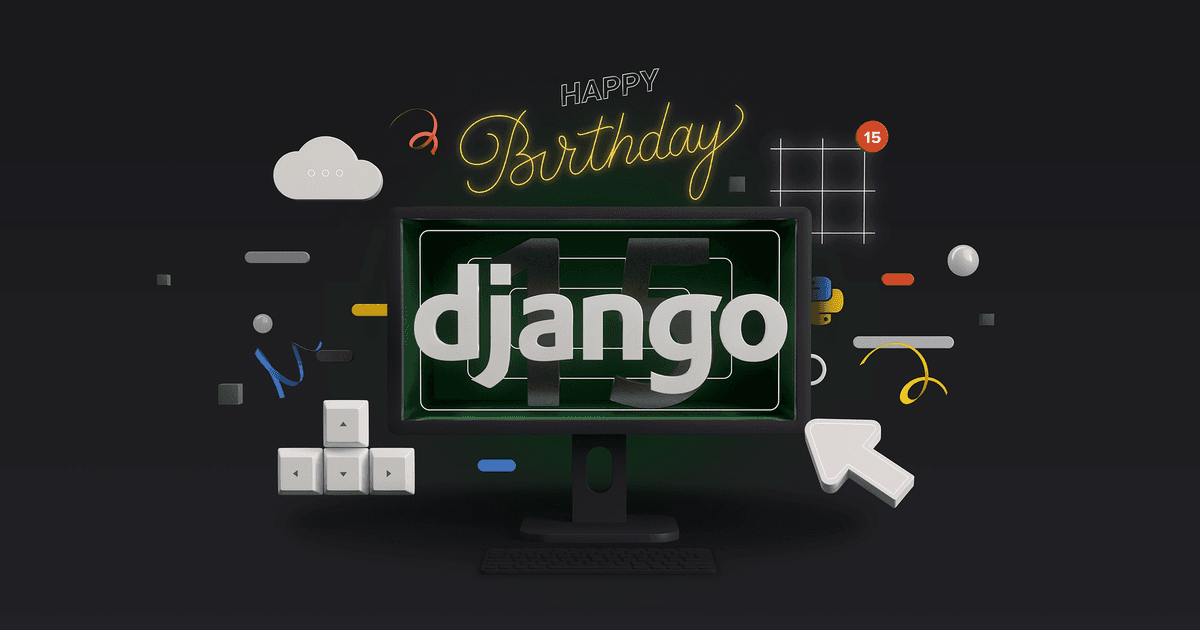 Django has turned fifteen! Many of us who have been working in it for years, can barely believe its age. The Python-based web framework was first released in July 2005, and the world of tech has certainly evolved dramatically since it was born. But is Django now in the grumpy teenage years, or entering its golden age? And perhaps the main question is - is Django still relevant in 2020 and is it the right choice for your digital product? In this blog post we’ll talk you through all the pros and cons and delve deeper into Django web application tools.

An interesting fact for you - Django was named after Jazz guitarist Django Reinhardt. Back in 2005 when the language was born, server-side rendered html with some jquery was the way to go, and Django was a pleasure to use in contrast to prevalent PHP. The ORM was nicely integrated with Django Forms, validation and the template engine, which made development rapid.

The Django Foundation: Three years after the language’s official launch, the Django Software Foundation was founded to promote, support, and advance the framework. Since its inception, the foundation has provided ongoing support through sponsoring sprints, meetups, and gatherings, and promoting Django throughout the developer community, as well as protecting its intellectual property and long-term viability, and generally advancing its progress and innovation.

Throughout the early 2000s, single page web applications were becoming more prevalent, along with rest APIs served from the backend to both websites and mobiles. Here, the Django REST Framework was a solution. This is an open source, flexible and fully-featured library with modular and customizable architecture. It brought with it a number of benefits including:

Adapting to a more asynchronous world

Over the past decade, the world of tech has become increasingly asynchronous. Users now expect instant notifications and status updates, companies want to process huge volumes of data from users actions or other events. And this is done best with asynchronous processing: splitting the system into dedicated (micro)services that use messaging brokers, and communicate with the user over channels such as websockets. And this is where Django might be slightly lacking, but frankly it was never meant to work in this way and solve these kinds of problems.

For some simpler architectures Celery could be used - it integrates nicely with django and can handle some simple workflows. And django-channels could be used for websockets, instant messaging and alike. They will probably be sufficient for many needs, but as the system grows more complex, it’s time to look for something better.

The major pros and cons of Django in 2020

As with any technology, there are many benefits, but also a certain number of shortcomings (often depending on your context and project). We outline the main ones below.

Why use the Django framework?

Things to be mindful of with Django:

Like with many frameworks, Django has its shortcomings. Below, we outline just a few.

If you’re asking yourself: What are the benefits of Django vs Flask, you might also be interested in our blog post on this subject: Flask Vs Django - which Python Framework is best for your app?

The main projects that Django is suited to

Django, which provides many out-of-the box solutions and tools, therefore minimizing external dependencies and considerably speeding up the development process. For these reasons it is best suited to the following:

Top websites which feature elements written in Django are: Pinterest, NASA, Spotify and The Guardian.

There are some scenarios in which Django definitely wouldn’t be your top choice. Below are just a few:

What are the main alternatives to Django today?

Serverless computing is hot right now. With the cloud provider dynamically managing the allocation of resources, it is highly cost-effective, as pricing is based on the actual amount of resources consumed, rather than pre-purchased units of capacity. Serverless computing can also simplify the process of deploying code into production, which is why many programmers are turning to it. By using building blocks from the cloud provider of your preference it is possible to build the entire application: API, data processing pipeline, storage and all.

JavaScript has had node.js for quite a time now, and in Python world there are also some options: a slightly rusty Tornado framework, Python’s native asyncio with addition of aio-libs, Startlette and FastAPI to name a few. The last one, FastAPI, is really promising and in my opinion worth looking into.

So what can we say about Django in its birthday speech? Well, Django, you have been quick, transparent, secure, versatile and flexible over the years, and you have brought us some inspiring apps, which are used by millions today. For this we thank you.

Indeed, in 2020 for most use cases, monolithic Django architecture is the way to go, battle tested, with a large community and a wealth of freebies.

And it’s parent, Python, has certainly been growing in popularity for the past few years. As of 2018, Django was ranked among the best frameworks by Python developers alongside Flask - click here to read our comparison of the two Python frameworks.

With this in mind, we can safely say that Django will be one of the major players in the web space down the road.

But having said that, do not get stuck with Django - stay on top of the latest tech developments and research alternatives, so that when your use case requires something more, you will know where to turn.

REST vs GraphQL from a frontend angle - part 1/3

REST vs GraphQL from a frontend angle – part 2/3