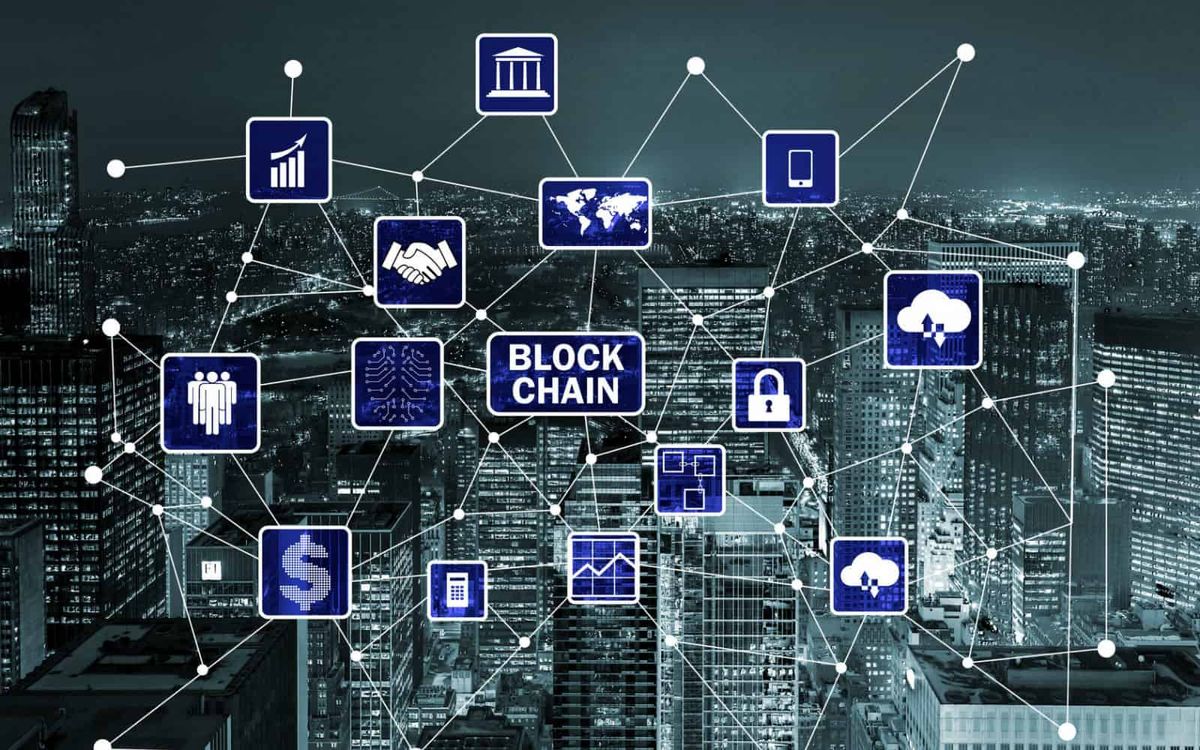 For most people, blockchain is associated with bitcoin. The popular cryptocurrency has reached wide audiences. It is only since the hype around the currency cooled down, are we now realizing the full potential of the blockchain technology. This is a great opportunity, because the future is not something to be predicted — it’s something to be achieved.

The blockchain is a profound technological shift that will change how the world does business – and everything else. Although the blockchain technology was created to support digital currencies like bitcoin, recent developments in blockchain are paving the way for a new type of Internet.

The Internet as we know it is great for collaboration and communication, but deeply flawed when it comes to commerce and privacy. The new blockchain technology facilitates peer-to-peer transactions without any intermediary such as a bank or governing body. The main thing: blockchain-based Internet would be secure. Blockchain tech, even in its current state, is enough to enable the next generation of the web. It will enable IoT, frictionless & trusted commerce and crisp file sharing and P2P communication - as long as we can design our existing Internet protocol issues with a new architecture and end-to-end solution.

Blockchain: the Perfect Tool For the New Internet?

In its present shape, blockchain is energy intensive. It is estimated that a single BTC transaction is almost as energy-consuming as an average American household monthly. It’s also pretty slow – one transaction authorisation lasts as long as an authorization of 8,000 credit card transactions, as calculated by VISA. What is more, the addition of each transaction to the block causes it to grow in size. Consequently, their storage requires more and more space on the computer disks.

Thanks to blockchain the biggest companies will be able to save billions of dollars (photo: ra2studio/123RF)

The improvement of all these parameters is one of the directions of the technology development. The rest of them is practical application going beyond cryptocurrency trade. And this is where the expansion seems to be limited only by the human imagination. The idea of a quasi-utopian ecosystem empowered by blockchain, one in which people, companies, and devices transact in a trustless manner and interact through decentralized applications, or dApps, is really alluring. Blockchain should work as a tool to enable the new Internet ecosystem, not become the ecosystem itself.

The applications of blockchain are almost endless. Many already in use, some being tested, and others still yet to be discovered – they go beyond digital currencies and money transfers. Personally, it reminds me a little of the Minecraft world – we can build a lot. We have a great opportunity to make a new revolution: we have the tools, we can only run out of imagination!

Currently, one of the blockchain’s biggest interests is the financial sector. Both the banks and financial institutions compete with companies classified as fintech, which are young technology enterprises willing to use new technologies and business models to break their European rivals’ monopoly. Thanks to the blockchain the biggest investment banks in the world will be able to decrease the infrastructure and the back office costs up to 30% by 2025. Each one will save approximately from 8 to 12 billion dollars. Major banks and companies providing financial services were the first corporate players to decide on directly investing in companies dealing with blockchain.

We have the tools, we can only run out of imagination!

It is estimated that from June 2014 to October 2017, the 10 biggest American banks invested at least 270 billion dollars in such companies. According to experts’ evaluation, these investments serve as experiments showing how this technology can be used in practice.

Another initiative is a plan to create a platform based on blockchain to calculate the transaction value in energy raw materials trade. This project involves oil companies (BP, Shell, and Statoil), raw material trade companies (Gunvor and Koch Supply & Trading, and Mercuria), but also banks (ABN Amro, ING, Société Générale). Blockchain is also in the field of interest of Mastercard, since within its technology, it provides the money transfer service. However, in this case, the company uses actual, traditional money, not like in the USC case, where cryptocurrencies are involved. Mastercard justifies it with potential legal and control problems.

Apart from the financial sector, projects involving blockchain are conducted in among others IBM and Toyota. IBM offered the Canadian British Columbia province the solutions for the control and supervision of the legal marijuana production and rotation, which would be based on blockchain technology. On the other hand, German operator of the TenneT industrial system implements the blockchain platform provided by IBM to develop the remote, decentralized management of loading and draining the warehouses with energy produced by nuclear and solar power plants. Toyota is going to use blockchain to follow the components used in car production in supply chains.

Rabobank analyst Don Close states that the technology can have a wide range of application in agriculture He provides the tracking of cattle rotation, trade and registration of its owners as examples. So far, blockchain is used in the Australian wool trade.

The Korean government is funding the testing, checking the usage of blockchain in calculations between among private domestic solar or wind energy producers and their neighbor-beneficiaries from its surplus. Meanwhile, Seoul authorities want to implement this technology to manage the public transport and safety, and to collect all the citizens data required by law.

Many specialists (such as Don Tapscott and Alex Tapscott, authors of the best-selling book “Blockchain Revolution”) recognize that the blockchain could forever change our digital world. That sounds like a new revolution, the Great Change. The Gutenberg Revolution is a term used to express the democratizing effects of the invention of the printing press on the society. The invention of the printing press allowed for worldwide changes to take place. Democracy was born through the invention of print. The re-birth of democracy occurred with the emergence of the World Wide Web. Now, we have its another rebirth in store and it looks like it’s third time lucky.

In 10Clouds we developed many blockchain-based projects, such as Trust Stamp and AdShares. If you think about making your own app, see how we work, contact us and get a free estimation!

10Clouds Recruitment Process for Developers: How do we #CARE

Design is Vital for Front-End Developers: How to Learn It?